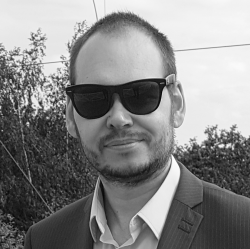 As you’ll see from our section on How much does it cost to charge an electric car? , the cost of ‘filling up’ your EV compared with a petrol or diesel car is just under a quarter of what it would cost to fill up those old polluting contraptions.

But what about all the other stuff, like maintenance, tax, insurance, mot, etc? Let’s take a look at all these things now:

How much does it cost to Maintain & Service an Electric Car?

Due to EV’s still being in the early adoption phase, many independent garages are not yet qualified or trained to work on EV’s. So you’ll most likely have to take the car to an approved garage run by the manufacturer. Given that most EV’s are quite expensive, you’ll probably want to do this anyway, especially during the warranty period.

Whilst taking the car to the original manufacturer to get it serviced used to mean you would pay premium prices to get a car serviced, the good news is that EV’s have less moving parts than traditional cars, and generally have much simpler drivetrains, so they won’t have all the usually ticking time bombs such as cambelts, turbos, gaskets, exhaust pipes, Filters and the like. Remember dreading the repair bills of all of those? Well now they are history, and you’ll finally be able to laugh off the time you had to pay £2000 replacing those two turbos on your land rover! Or the time you drove your old VW Polo through a puddle and then had to pay £800 to have a new rotor arm, distributor and HT leads fitted because you burnt the motor out trying to start the damn thing so many times. No doubt you’ll have your own stories!

But no, despite still having to worry about suspension, brakes, tyres, bearings, etc, the biggest concern you will likely have is the battery.

Batteries degrade overtime, and these are huge state-of-the-art cutting edge batteries that cost several thousands to replace. Luckily, a lot of EV manufacturers lease the batteries separately, so you don’t have to worry about a huge unexpected replacement bill later down the line. It’s worth checking your contract to see whether the battery can be leased separately from the car or not.

Other than that, the other main differences with EV’s are the many complex electrical gismos and safety features, touchscreen panels, cameras and interfaces. You’ll probably be hiring a software engineer more than a mechanical one, given the amounts of these things EV’s tend to have in spades. Time will tell how reliable these systems are and if many software bugs will emerge.

How much does it cost to Tax an Electric Car?

EV’s are currently tax free due to the government’s commitment to fully reduce carbon emissions by 2050. Even hybrids and PHEV’s still have to pay some sort of tax because they still emit carbon dioxide, but fully electric cars are super green to the environment around them and so get treated to full tax exemption. Obviously though, come 2050 and we are all driving EV’s, they’ll have to start charging EV owner’s tax otherwise they’ll be no more money coming in to fix all those pesky pot holes!

How much does it cost to Insure an Electric Car?

For example, insuring a regular Hyundai Kona Diesel might cost around £600, but insuring an all-electric Kona would set you back an extra £50.

Do Electric Cars need an Mot?

Just like regular petrol and diesel cars, EV’s still have to undergo a road worthiness test after 3 years. But as mentioned earlier, there is far less that could go wrong with an EV compared to older cars, and you don’t have to worry about the emissions test, so you should hopefully get away with just paying the £35 or so. We can’t promise that your garage won’t still try to replace your windscreen wiper blades for £60 versions, mind!

This website uses cookies to improve your experience while you navigate through the website. Out of these, the cookies that are categorized as necessary are stored on your browser as they are essential for the working of basic functionalities of the website. We also use third-party cookies that help us analyze and understand how you use this website. These cookies will be stored in your browser only with your consent. You also have the option to opt-out of these cookies. But opting out of some of these cookies may affect your browsing experience.
Necessary Always Enabled
Necessary cookies are absolutely essential for the website to function properly. These cookies ensure basic functionalities and security features of the website, anonymously.
Functional
Functional cookies help to perform certain functionalities like sharing the content of the website on social media platforms, collect feedbacks, and other third-party features.
Performance
Performance cookies are used to understand and analyze the key performance indexes of the website which helps in delivering a better user experience for the visitors.
Analytics
Analytical cookies are used to understand how visitors interact with the website. These cookies help provide information on metrics the number of visitors, bounce rate, traffic source, etc.
Advertisement
Advertisement cookies are used to provide visitors with relevant ads and marketing campaigns. These cookies track visitors across websites and collect information to provide customized ads.
Others
Other uncategorized cookies are those that are being analyzed and have not been classified into a category as yet.
SAVE & ACCEPT
Select the fields to be shown. Others will be hidden. Drag and drop to rearrange the order.
Click outside to hide the compare bar
Compare